This conference gathered actors from across the Region to learn from each other and share knowledge about children’s emotional health. Participants included representatives from the Lithuanian Pupil’s Union, the Lithuanian University of Health Sciences, UNICEF, the World Health Organization, the Finnish Institute for Health and Welfare and the Ministry of Health of the Republic of Lithuania.

The Ministry of Social Security and Labour of the Republic of Lithuania held a welcome speech stating that concerns related to mental health issues among children and adolescents in Lithuania, especially now during the Covid-19 crisis, is on the rise. The Minister highlighted measures to support parents, including positive parenting programmes; children’s participation in decision-making; access to community services and family-friendly policies and support systems.

He concluded his speech by emphasizing the importance of prioritizing children’s emotional welfare at national level and in international cooperation to ensure integrated measures.

The Director General of the CBSS, Grzegorz Poznanski, welcomed the conference as an important and timely initiative of the Presidency. He emphasized children’s right to be provided with opportunities to survive, grow and develop to their full potential and to live in conditions that promote their physical, emotional and social well-being. He expressed gratitude to the Lithuanian Presidency leadership for facilitating a regional exchange of good practices in this area as well as the CBSS Expert Group members’ generosity in sharing national observations and good practices.

Child Trafficking in the Digital Era

On 6 May 2021, a conference on Trafficking in the Digital Era was held online, gathering almost 200 participants from across the Baltic Sea Region and the EU. The conference was organised as a joint collaboration between the CBSS Expert Group on Children at Risk and the CBSS Task Force on Trafficking in Human Beings, under the auspices of the Lithuanian Presidency.

The purpose of the conference was to shed light on how technology facilitates trafficking in children, who the victims are, and what the impact is on children who are trafficked, and to learn more about identification, investigation, safe paths to recovery and justice for children.

In an ongoing CBSS effort to involve young people in all aspect of decision-making and problem-solving in the Baltic Sea Region, a youth panel shared their perspectives throughout the conference as well.

In need of targeted support

Developed during the Lithuanian Presidency and commissioned by the Expert Group, this report focuses on whether Barnahus, or Barnahus like services, currently do or might play a role both in enhancing the identification, support and assistance provided to children who may have been trafficked and in supporting criminal investigations into cases of child trafficking. The orientations and recommendations for future action arise out of findings from a short study and consultations with key experts in six countries in the region. The report was launched during the Norwegian presidency with a webinar.

In need of targeted supportDownload

Promise is a CBSS and EU Flagship Project, which has promoted the Barnahus model, which has its origin in the Baltic Sea Region, since 2015. The thrid phase of work began during the Danish presidency and continued throughout the Lithuanian presidency, delivering university level training in forensic interviewing and relevant therapy necessary for Barnahus in Europe and a case management tool including a child participation tool. A series of training opportunities were implemented in the period, including on child investigative interviews and therapeutic interventions.

The Expert Group embarked on a mapping of national child protection systems, including a regional registry of good practice. The Lithuanian Chair and the Norwegian Co-chair (incoming Presidency) developed a project to systematically map child protection systems in the Baltic Sea Region, with a view to identify good practice and elements that contribute to inclusive and resilient child protection systems, including in times of crisis. The project was awarded funding the CBSS Project Support Facility and was launched during the Norwegian presidency. Partners include Estonia, Finland, Germany, Iceland, Lithuania and Norway (lead). The research will also cover Denmark (“informal collaboration”), and Russia (in collaboration with the Barents Euro-Arctic Council).

ChYResilience: Exploring the role of child and youth resilience

ChYResilience aims to empower children and youth to play an active role as contributors to societal resilience and to remove barriers to their active involvement in prevention, preparedness, response, and recovery. During this period, a consultant was recruited to carry out the pre-study on the role of children and youth in promoting resilient societies, disaster risk reduction, prevention and response.

Putting prohibition of corporal punishment of children into practice

As part of the ongoing work within the Non-violent Childhoods Programme, the Children at Risk Unit was proudly hosted the event on the global progress towards non-violent childhoods. The event was held 4 June 2021 as part of the Soluitons Summit Series from the The Global Partnership and Fund to End Violence Against Children.

Children at Risk became partner to the regional project “Road Safety Online” to promote safe online behaviour, including awareness-raising and contributions to a campaign to increase children and adults awareness about risks and safe practice online. The objective of is to improve children’s capability to protect themselves and their safety in dangerous situations as well as to teach them what is right, what is wrong, what should be avoided and what is acceptable.

The meeting held 6 November 2020 was opened by Ms Kornelija Jurgaitiene, Ambassador at Large at  the Lithuanian Ministry of Foreign Affairs and National Coordinator of the Lithuanian Presidency in the CBSS. Ms Jurgaitiene expressed her gratitude for the continuous contribution of the Expert Group to children and societies across the Baltic Sea Region. Mr Grzegorz Poznański, Director General of the CBSS, expressed his support to the expert group and confirmed the Secretariat’s strong commitment to the CBSS priority to protect children at risk.

The Expert Group members engaged in an exchange on the Presidency priority to protect children’s emotional health, sharing national data, lessons learnt and good practices.They confirmed the importance of children’s participation in decision-making, inclusive access to community services and family friendly policies and support systems, including to support parents, for example to adopt positive parenting strategies.

They also discussed the impact of the COVID-19 pandemic on children, including on their emotional well-being, Member State responses and considerations for the future to build back sustainable and effective health and child protection systems that are resilient to crises.  A key conclusion from the exchange was that child protection remained high on the agenda during the covid-19 crisis, and that both services, education, support, and assistance to children were adapted to meet pressing needs.

The 6 May 2021 meeting focused on Prevention and Early interventions to address trafficking and exploitation of children, and facilitated a joint exchange between the CBSS Children at Risk Expert group and the Task Force on Trafficking in Human Beings. The groups emphasized the pressing need to significantly step-up efforts to prevent and combat trafficking in children in the digital environment and to assist and support the victims. They further acknowledged the risks of harm that children may be exposed to online, including trafficking and other forms of exploitation and abuse. Building resilience of children through addressing particular vulnerabilities and enhancing their knowledge about online harms and risk factors should be prioritised.

The website of the CBSS Expert Group on Children at Risk was relaunched mid-January 2021 after being completely overhauled in terms of content, organisation, and visual identity.

The new website uses the template created for the 2020 redeisgn of www.cbss.org, and uses a similar writing and organisational style. The URL of the website was changed from www.childrenatrisk.eu to childrenatrisk.cbss.org. The redesign was executed with the updated logo of the Expert Group in mind, which was adopted during the Danish presidency. Important historical documents were given new covers following the new visual identity of the CBSS. Illustrations of abstract concepts at the core of the Expert Groups work were developed using CBSS colors. Combined, these efforts provide a clearer anchor to the CBSS for the work and visual identity of the Expert Group.

The content and organisation has been updated to reflect today’s communication needs of the Expert Group, with an emphasis on intutive navigation and clear language presenting not only the current portfolio, but the full 22+ year history of the work. Project websites have been decommissioned in favour of a simplified and streamlined organisation. The highlights of each presidency throughout the years have been emphasised. Thousands of web pages have been summarised into a few hundred. The result is that the website is accessible, clearly presents who and why we are, and it is easy to follow the mandates and activities of the Expert Group over time. 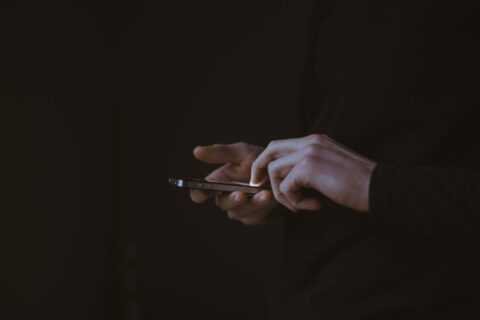 Child Trafficking in the Digital Era 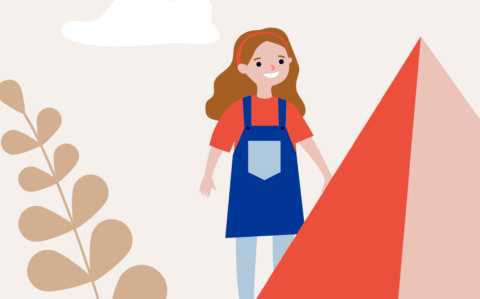 The third wave of PROMISE funding (2020-2023) culminated in the first-ever Barnahus Forum. 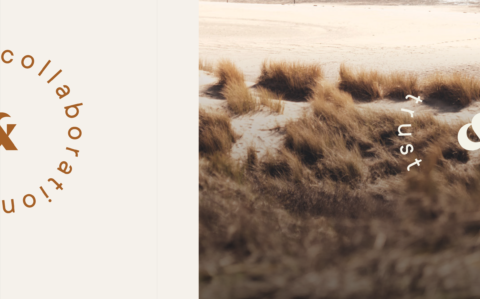 As part of their strategy for 2020-2025, the expert group is undertaking a mapping of national child protection systems, and promising practice for prevention and early intervention. 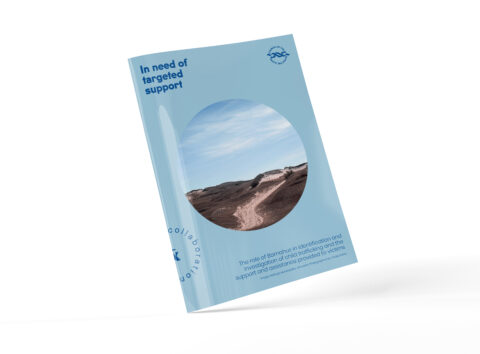 In need of targeted support 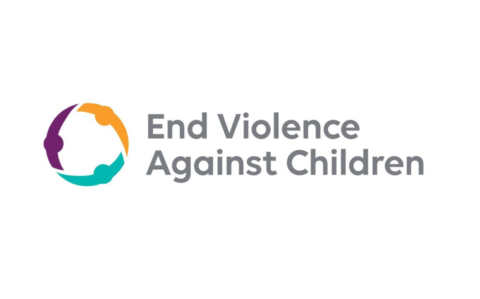 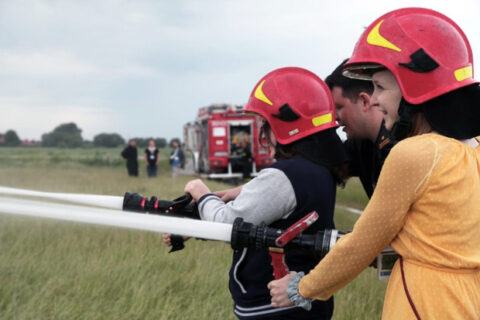 ChYResilience: Exploring the role of child and youth resilience

ChYResilience aims to empower children and youth to play an active role as contributors to societal resilience and to remove barriers to their active involvement in prevention, preparedness, response, and recovery. 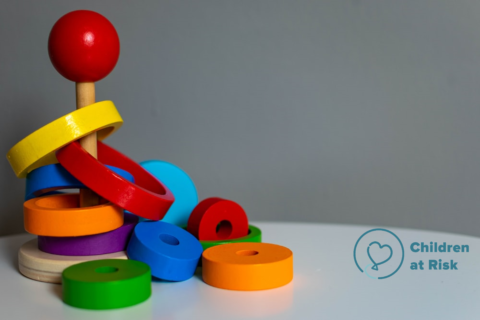 Addressing the specific needs of child victims of trafficking and exploitation.